Oh does Donny have some ouchy, boo-boo faces while he’s stuck in France.  What’s a-matter Donny, huh?  Doesn’t anyone like you? 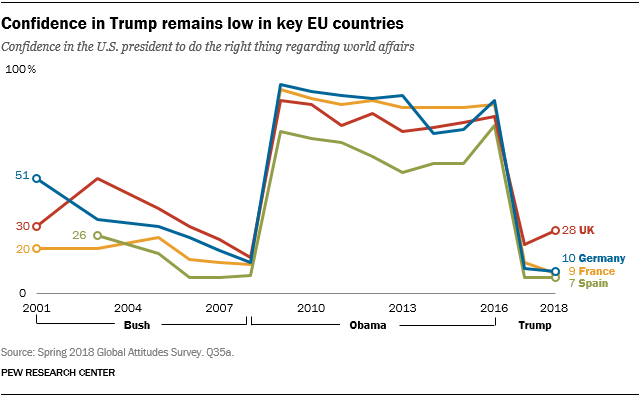 Uh oh.  Not much Donny.  Not much.  No wonder you’re feeling kinda blue.

This next photo just creeps me out. 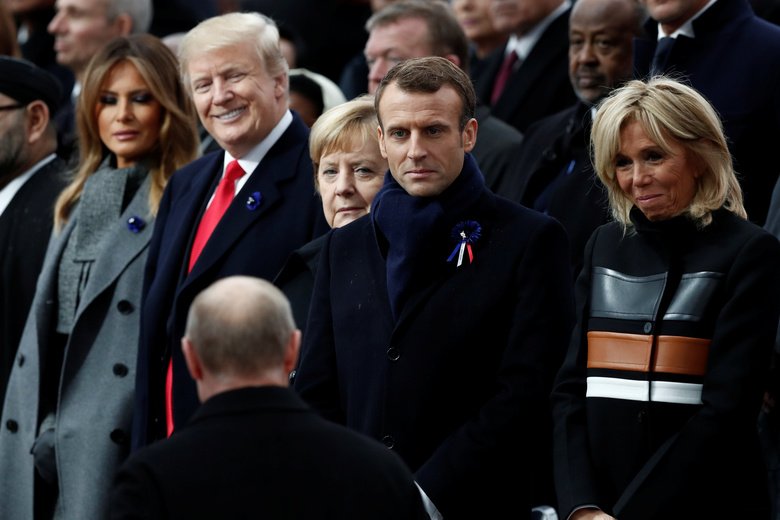 From a guy that rarely smiles; he’s so much more likely to sneer or clench his dentures in glee at something particularly awful he just said, but when he sees Putin…well look!  That’s a genuine smile.  The stark contrast to the faces of Merkel and Macron which are fucking sobering in their measured looks of disdain and distrust.

It will be interesting to see if Fox News begins to shift from unbridled propaganda, to a slightly more balanced approach towards Trump.  Or perhaps we will see a little less Trump altogether on Fox News.  That would be an easier path to follow on Fox News, if…if they are in fact on the down low with Mitch McConnell as I outlined in my last post.

Any such change wouldn’t be particularly jarring on Hannity (he could revert to his profitable conspiracy theories shtick), or Tucker (he’s generally been about the grievance politics most enjoyed by old, white folks via segregationism and a woe-is me, reverse discrimination jedi mindfuck routine).  Nah, the most difficult place to pull off this trick would be on Fox and Friends in the morning.  Even though their messaging is consistently: Liberals, immigrants, minorities becoming the majority and in the driver’s seat of our culture is BAD; their chief vehicle to arrive at those story-lines has been posterboy Donald Trump.  It will be difficult to ween themselves from Donny’s man-teets.

It will also be interesting to see how extra-unhinged Donny is when he gets back to his comfy-space.  Is he going to sign a regal-proclamation/executive order to withdraw funding from California in retaliation for their fire fiasco/unplanned deaths that are clogging up Donny’s airtime and messing with his vibes?  Maybe write up a hit-list of which stupid reporters he wants ejected next?

What fucked up thing will he do next, in order to keep the distraction and calamity-caravan that is his reality-tv-presidency, rolling along.  What?